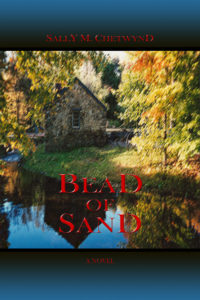 Rook Westfall likes working at Sennett Lakes Farm Museum – giving hayrides, milking cows, and mucking stalls – even if it does entail manure. But Dad grumbles that he should get a real job instead of escaping into a 19th Century fantasy, and Mum wants another daughter-in-law to contribute to her collection of grandchildren.

Rook’s tranquil world somersaults, however, when he runs afoul of the Saltkill Gang during a violent storm. Stacy Morgan, a Civil War reenactor, interrupts the gang’s attack when she stumbles onto the museum grounds. After rescuing Rook, she joins the museum’s seasonal staff, but her private demons keep Rook at arm’s length. A prickly friendship emerges between them as she reveals her tragic secrets, a trust the depths of which Rook can’t fathom until she’s gone. When Stacy leaves at season’s end, neither she nor Rook realizes that she takes with her a gift that will surprise them all.

Set in a remote finger of the Adirondacks, with a winsome six-year-old, a reformed delinquent, and a wild nonagenarian, Bead of Sand is a novel of discovery and fulfillment, in a place where the past too easily overshadows the present.