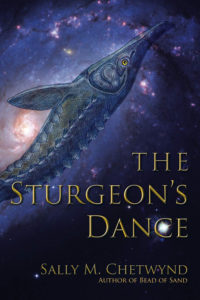 Over ten years ago, a series of ruinous nightmares tormented Josie Sprague. Were these warnings? To her? Her family? Friends? She buried them to avoid madness.  Undisturbed since then, she has almost forgotten them.

Her sixth sense flares anew when Rory Mallett joins her office as a consultant. His presence, far beyond physical, buffets her, no matter his whereabouts. Tanglng her life further is boyfriend Greg’s jealousy at her growing rapport with Rory.

Rory has buried his own strife. A near-fatal logging accident has left him beholden to his brother Aidan, and a failed marriage has estranged him from women. His brother, his nephew Liam, his spirit-friend Shadow, Maine’s wildlands—all soothe Rory’s spirit.

As the metaphysical link between them crystallizes, Rory, seeking balm for his damaged soul, must tackle the demons that have crippled him. Josie, seeking respite from her second sight, must resolve her motives, both in her psychic kinship with Rory and in her commitment to Greg. Their entwined journey is as turbulent as the restless sea in which the sturgeon dances with a primeval fullness of joy.