Don’t Critique This Recipe – Just Make, Eat, and Enjoy!
Today’s theme is on critics, but before we sit down to the main meal, I’m serving dessert first.

My Great-Aunt Eva often shared her motto with us: “Always eat dessert first; you never know when you’re going to die.” She died a few months short of 100 years of age; clearly, she had a point.

What prompted posting of today’s “dessert” is Blueberry Crunch, a baked dessert that resembles apple crisp in ingredients and construction. My friend C. Hope Clark recently posted the recipe and a photo in her FundsForWriters newsletter. Hope’s recipe is both sugar-free and gluten-free, with almond flour substituted for wheat flour. My Buckwheat-Almond Flour Pancakes can be made sugar-, gluten-, and lactose-free. Enjoy!

Contrary to its name, buckwheat is not a wheat, the family of which comprises the grasses. It is related to rhubarb. A few years ago, in an effort to reduce starches in my husband’s diet, I substituted almond flour for wheat flour in my buckwheat pancake recipe. With a couple of other tweaks, along came this delicious result. The pancake isn’t pretty because the buckwheat flour makes it a dark, grayish-brown color. But neither our tongues nor our tummies care. This pancake is great, hot with our favorite toppings and cold with no toppings at all, eaten out of hand. It makes good picnic fare, too.

-The batter tends to thicken as it sits. Add more milk or oil as needed.
-If your griddle or pan is dark, these tend to scorch. (They’re still good, even with a light scorch.)
-Flip them before you think you should; they don’t need as many open bubbles as regular pancakes.
-These are very tender, but with more physical integrity than you expect.

Enjoy hot with your favorite toppings, or eat plain out of hand, cold, as is.

WARNING! This pancake may be gluten-free, but it is not glutton-free.

“Listen carefully to first criticisms made of your work,” Jean Cocteau () advised writers and artists. “Note just what it is about your work that critics don’t like — then cultivate it. That’s the only part of your work that’s individual and worth keeping.”

This quote has a distinctly independent or rebellious tone, but Cocteau has a good point. It means that your content has caught the attention of your readers, you’re not timid or bland (“Dear Diary, I got out of bed today.”), and you’re not writing what everyone else is writing (“Another classics-cum-zombies parody!”). It shows potential for further discourse. Who knows? You may end up rubbing elbows with literary greats whose works have been condemned and banned, and later exalted, like Walt Whitman and Judy Blume, even if you’re barely hanging on by your fingernails to the remote edge of that orbit.

By the same token, it’s wise to hear out critics’ comments, for they may illustrate flaws in your work, showing you ways to improve it. Put your work out there and harvest the commentary. You’ll soon be able to determine which comments are worthy of consideration and which are not, which comments point out where you can refine the piece and which are nothing more than personal attacks by those jealous of you.

My personal experience is that others’ comments are almost always spot-on. Their perspectives color their interpretation of my work, and often reveal something deeper I didn’t perceive during the drafts. This kind of feedback is invaluable. Don’t dismiss it without first weighing it.

Natterings & Noodlings (about those critics …)
After my first novel, Bead of Sand, came out, I ordered 100 print copies to have on hand to send, autographed, to friends and relations. They arrived in several sturdy cardboard boxes.  These seemed adequate for storage, so I made a space in the cellar and put them there on a small table, up off the concrete floor. (Concrete always holds an element of dampness, even in the driest conditions.)

Why were they here? What did they want? Wasn’t it too late in the season for them to be collecting nesting material, of which shredded cardboard would serve nicely? If they were after that, they would have stormed the mother lode of empty cardboard boxes on the other side of the cellar, a lot closer to their port of entry.

No, they were not after cardboard. They ingested the labels off the canned goods. They pierced my sister-in-law’s boxes of cake and brownie mix with their sharp little buck teeth and strewed the powder all over. They carved bodacious tooth marks into the lids of bins containing flour and rolled oats. They chewed the sealed plastic spouts from boxes of chicken broth, which spilled out, dried, and glued the now unidentifiable cans to the shelves. The rest of the chicken broth rotted in the open containers, making quite a stink.

Chicken broth? What did they want with chicken broth? Had a mutant carnivorous subspecies invaded the neighborhood?

No, they set their caps for something far more valuable. They attacked the boxes containing my precious, pristine, shiny, virgin books.

They ate their way into the box second from the top, then out of that one and into the top box. They sampled this copy, sampled that copy, leaving varying degrees of tooth damage on several. Did they think that one of these books must have a better taste than all the others?

One book finally sacrificed itself to end the carnage. They devoured a full third of its four-color, semi-gloss, laminated, 100-lb cover stock.  Yes, ate. They didn’t shred it, they didn’t tear it, they ate it.  No crumbs, no tatters, no nuthin’.

What stopped them? Did they get full? Did they get indigestion? After gorging on all that cover stock, with its dry, high-fiber content, did they need a swig of that chicken broth to wash it down? Did they decide that they didn’t like the flavor of the ink after all?

And then I cringed at a crushing thought: Were they critical of the book’s written content? The notion of literary criticism from the likes of Order Rodentia, Family Sciuridae was more than I could bear.

Without a moment’s hesitation, I hied myself to Walmart and invested in heavy-duty plastic storage bins as a squirrel deterrent. Those pea-brained critics may breach the cellar again, but they’ll never have a chance to cavil my second novel, The Sturgeon’s Dance, or any other tome I produce, weighty or otherwise! 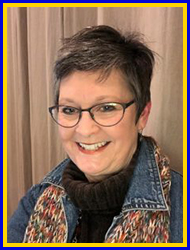 Run by prolific writer and author C. Hope Clark, FundsforWriters is an award-winning source of funding and monied publishing options. As posted by Hope on her website, which has been chosen 101 Best Writing Websites by Writer’s Digest for the last 18 years in a row:

“FundsforWriters is an online resource for writers. You can be a thirty-year veteran or a part-time wannabe, but here at FundsforWriters (FFW), we consider you a writer none-the-less. We emphasize finding money to make writing a realistic career. Of course, you’d write anyway. That’s the way of a writer.

“Other websites provide guidance on how to write, how to query, how to format manuscripts, and so on. We give you direction on the funding streams. We focus on markets, competitions, awards, grants, publishers, agents, and jobs for your writing abilities, with motivation chucked in.”

Besides managing her writer’s resources website, which offers “Tips and tools for serious writers to advance their careers,” Hope is the author (www.chopeclark.com) of two series of novels – Edisto Island mysteries and Carolina Slade mysteries, a total of eleven novels, with more on the way – and three volumes on writing and resources for writers.

Hope is outgoing, friendly, and responsive, and she posts great content consistently. Although we’ve never met, I consider her a good friend, as we have emailed back and forth for the past three years or so, sharing insight (and recipes!). She’s a peach!

Hmmm …
I just finished Nathaniel’s Nutmeg (1999), a history by Giles Milton of the spice trade wars in the 16th and 17th Centuries, in particular between the English and the Dutch, both of which vied to dominate the Spice Islands of Indonesia and corner the European market for pepper, cloves, and nutmeg. All kinds of health benefits were attributed to the rare and exotic spices from the East. They were the snake-oil cure-all of their day. This passage caught my attention.

“Spices were even held to revive those who had shuffled off this mortal coil. Ten grams of saffron taken with sweet wine was enough (it was claimed) to bring back the dead. There were not known to be any side-effects.”

Conversations
Do you have comments or questions about this post? Let’s talk!
Happy reading! Happy writing!