The Value of What Has Little Value

I got to thinking about what’s significant and what’s not. What I might consider has no value may have value to someone else. As the old adage goes, “One man’s trash is another man’s treasure.”

In the bit below about Chris Hall’s book on engaging middle-school students with their own writing, I talk about how we might be inclined to dismiss as insignificant a story written by a 5th grader, but that’s nothing more than an opinion from one perspective. The story is important to the child writing it. Becoming engaged in the story builds the student’s writing “chops,” a lifetime skill if nurtured.

So, this newsletter addresses the trivial, which may have more value than I thought. Goethe (below) talks about perspective. Maybe it’s partly a matter of attitude, too.

I don’t know if you are interested in dust, but I don’t believe it matters what you write about – if you present the material in an interesting way, you can make even dust an attractive or appealing topic. I can’t say that I’m really all that interested in dust, either, but its idea as a symbol of what we think of as insignificant prompted this post. (You know me: always making connections!)

I am constantly struck by the strangeness of reading works
that seem addressed, personally and intimately, to me,
and yet were written by people who crumbled to dust long ago. 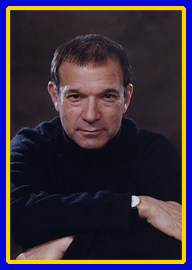 Stephen Greenblatt
from Will in the World (2004)
American Shakespearean, literary historian, and author

Greenblatt founded a school of literary criticism called New Historicism, which is the idea that the only way to really understand a work of art is to examine everything that was going on in the world of the artist at the time the work of art was created.

This is why the classics in literature exist. We return to them time and again, and although we may reread them many times, we learn something new each time. 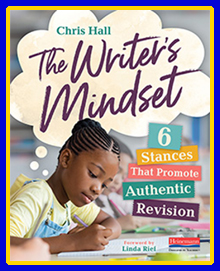 I’ve just finished reading this book by Chris Hall, a middle-school language arts teacher in the Oyster River Cooperative School District in Durham, NH. It is a guide for teachers to help students think about their writing as something they own, not just to fulfill a teacher-imposed assignment. The lessons and exercises are intended to show students that theirs is the authority to decide what to write about and how, which details to include (not just to dump in everything that happened, just to meet an arbitrary word or page count), to encourage them to think of revision as a creative act (not an act of drudgery), and to realize that the words they choose can influence readers.  It’s a vital form of empowerment.

Adults might dismiss these students’ writing as insignificant – they’re just kids, right? But that’s a mistake. The roots of the creativity we express as adults are in us from childhood. In fact, I’d bet dollars to doughnuts that children are far more creative than adults. We “grown-ups” have been subject to years of struggling to conform to the world’s definition of success and cookie-cutter expectations of what we should do, how we should behave, how we should think, etc. Too often our spirits end up smothered. Most kids haven’t been around long enough for us to crush their creative spirits yet.

What kids want to write about is important to them, like getting a new puppy; starting at a new school; traveling alone by bus for the first time to a distant relative’s home for summer vacation; losing a tooth. But as they work on their pieces, they learn valuable skills that will support them throughout adulthood.

And who has the authority to judge their stories as insignificant? Hall includes excerpts from 5th Grader Henry, who drew a picture of a giant praying mantis made of white chocolate with dark chocolate wings, with peppermint sticks for legs, antennae, and mandibles, then developed a story from the picture. He calls his monster a Peppermantis. His imaginative details made me laugh out loud. Henry is onto something! Let’s not squelch that!

New or less-skilled writers, no matter their age or level of education, are wise to build their craft by writing small pieces – practice sessions – before they tackle big projects. An athlete starts small and builds ability, endurance, and precision over time. This is true of any person who takes his or her work seriously. Writers are no different.

Greenblatt refers to dust. That seems like pretty insignificant stuff. That and ashes. “Ashes to ashes, dust to dust …” is a familiar phrase at funerals, from The Book of Common Prayer (an Anglican prayer book first published in 1549). More directly biblical is the verse from Genesis 3:19 – “For dust you are, and to dust you shall return.” (New King James Version) Not terribly inspiring, is it? 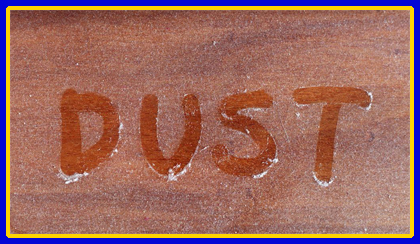 There’s an old joke about the relationship between man and dust.

Little girl to mother: What is a man made of?
Mother: Dust, dear.
Little girl: What happens to him then when he dies?
Mother: He turns to dust again.
Little girl: Well, mother, there’s a man either coming or going under my bed.

Dust, in its myriad forms, has quite an influence on our lives. Some of it is mundane, some of it fanciful, some of it dangerous, some of it beautiful. Dust is made up of tiny particles from all three of Aristotle’s “kingdoms” – animal, vegetable, and mineral. It’s a result of and accumulates from the disintegration of these forms of matter. 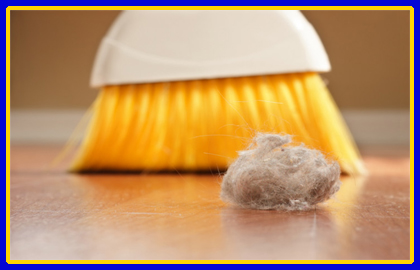 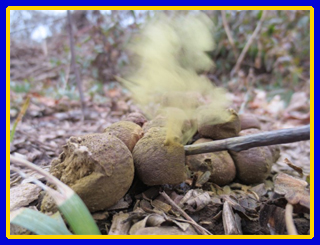 Grain dust is highly combustible in enclosed spaces, like grain silos. The principle is the same as the internal combustion engine. The engine mixes fine fuel vapor with oxygen in a confined space and adds a spark to ignite it. The grain dust, if it is stirred up, mixes with the air inside the silo (the confined space), and something as simple as an overheated bearing on a conveyor belt, static electricity, a cigarette lighter, or a lightning strike will ignite it. 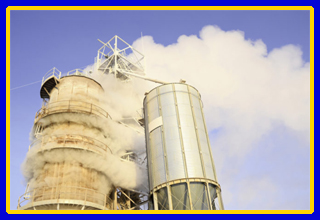 Star dust, both real and metaphorical. Check out the Hubble photographs on the NASA website of distant galaxies and stars being born. A lot of star dust is out there in space, fodder for the endless star- and planet-building going on in the universe. No expert in astronomy, I don’t know if star dust and space dust are the same stuff, but space dust is one of the sources of asteroids. Speaking of space, Carl Sagan, in his book Pale Blue Dot, called the planet Earth “a mote of dust suspended in a sunbeam.”

I like to believe that our planet qualifies as a significant article – or particle – of dust.

Then there’s the fanciful and magical – pixie dust and fairy dust. Where would Cinderella be if her fairy godmother had no fairy dust? There would have been no transformation of her rags, a pumpkin, rats, and mice into a ball gown, a carriage, driver and footmen, and horses, so she could meet her Prince Charming. Stories like this enchanted us as children, and we still hold dear in our imagination the likes of Harry Potter and his wizardry. 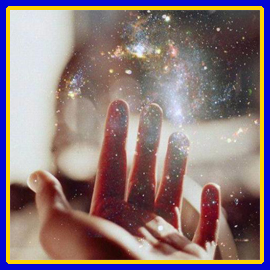 My mother was not a nitpicky-neat housekeeper. In general, with five children to chase, she kept the family clutter down to a respectable minimum. She kept the kitchen and bathroom clean, but dust and the occasional cobweb did not disturb her calm demeanor. Our house was a home where we lived, not a showpiece.

(This was in stark contrast to her mother, Rena, who kept house so stringently that no cobweb dared cross her threshold. A week or two after Rena died, Mother noticed a single strand of cobweb strung between the legs of a chair. That’s when she knew for sure that her mother was gone. The cobweb, however, looked so timid, no doubt it would have fled in terror had Rena walked in.) 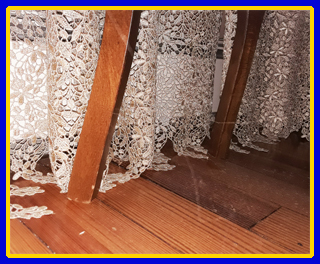 One Easter Sunday, Mother’s Uncle Eddie joined us for dinner with his wife, Leone, and son, Gerry. We were having a great visit over good food. (Uncle Eddie and Aunt Leone were like a dog-and-pony show – never a dull moment.) Mother brought up the fact that it was nice to have company for Sunday dinner now and then, because it inspired her to give the house a more thorough cleaning than it usually got. “We hadn’t dusted since Sally did it at Christmas,” she said. I immediately corrected her. “I didn’t dust at Christmas. I dusted at Thanksgiving.”

Then, a few years ago, at our family’s annual Christmas gathering, my mother scolded us adult kids gently, saying, “You’ll be sorry [about whatever] when I’m dead and gone.” I said to her, “You’re never going to die.” She gave me a puzzled look. I continued, “You’ll just stop going one day, and then we’ll set you up on the mantle.” She got a chuckle out of that.

Well, Mother stopped going a year ago. Because of the virus, we have not yet had a ceremony to lay her – in this case, her ashes – to rest. (We have tentative plans, come spring …) In the meantime, Mother sits on the mantle at the house, just like I predicted.

Lisa, the lady who bought the house in September, told me last week when I visited that she moves the box around to different locations on the mantle, so Mother won’t get bored with the view.

Isn’t that most considerate and thoughtful?

Dust and ashes. Some of them aren’t so insignificant.