Wow! Am I way behind, or what? My natterings today warrant little attention, but maybe by recounting some of them here, I can set them aside. Maybe.

Of course, Christmas doesn’t help one maintain a schedule at all. Distractions unrelated to the holidays always clabber at the end of the year, like so much cultural cottage cheese.

In early December, I exhibited at the 9th annual Authors Expo of the Association of Rhode Island Authors in Warwick, RI. It was relatively well attended (for an in-person event these days), and I met lots of interesting folks. Two Santa Clauses strolled around, one dressed traditionally and the other a young man who looked like an Egyptian prince. His outfit and bearing were magnificent! (Shades of Yul Brynner!) 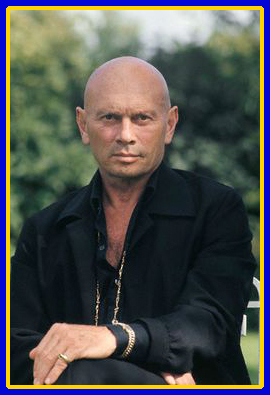 My 3-year work contract ended the following week, so I was busy closing out various aspects of the job in those last few weeks. I’m now officially in the ranks of the unemployed. But Brass Castle Arts is debuting as a full-time enterprise, copyediting and copywriting for hire. If you know anyone who needs help in this department, send them my way!

Christmas Week brought computer crazies. I tried to connect a second monitor to the home computer, for another working screen. First, I blew out the dust from the computer innards on that Monday. But when I plugged everything in, the computer would not speak to either monitor. Three times I hauled everything to Staples, where a tech fellow kindly inspected it. He determined that all the components were functioning. Back home, I plugged it all in again and – you guessed it – still no talk. An in-home service call was in order.

The next morning, the group leader of my Tuesday networking group set me up with a techie from a company he owns, who came on Thursday. The techie not only fixed it, but discovered the source of the problem. There were two issues, both of them factory errors from when we purchased the computer 10 years ago. One was a setting that directed an operation “through the back door” instead of directly, and the other was a component inside that was seated in the wrong place. The machine had worked fine as long as everything remained the same, but rearranging the furniture completely flummoxed it.

a close match to my geek-tech hero

The techie also confirmed that although old, the computer is in great shape and is good for several more years. He was the classic computer geek, although no tape held the bridge of his horn-rimmed glasses together, nor did he have a pocket protector. His geekiness, however, inspired great confidence. This fellow knew what he was doing. I was most happy to pay the fee. Hail the computer geeks! We’d be out of business without them!

Our Christmas was quiet, which was the best gift I could have asked for. I did a lot of cleaning out of old files from obscure corners and discovered stuff I wrote decades ago. That will be fun to sort through, to see how much my writing has matured (or not). 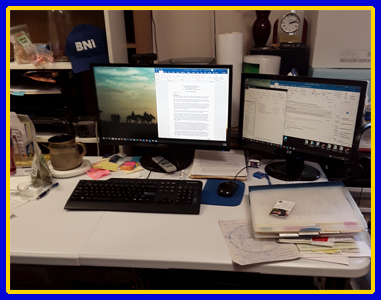 Right after the New Year, I signed up for an online course in sales enablement copywriting, which concludes with certification. Pricey, but it’s a valuable investment in my professional growth. This is the creation of templates for sales teams to use when reaching out to prospects. Salespeople are under pressure to sell, not spend valuable sales time writing emails, brochures, and spec sheets. Templates give them a foundation around which to develop a relationship with a prospect, not just hit them over the head with market-speak.

So, that’s what I’ve been up to lately.

Lighthouses are endlessly suggestive signifiers of both human isolation
and our ultimate connectedness to each other. 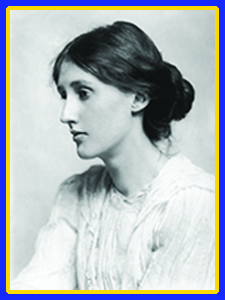 Blog posts about Virginia Woolf and her work have populated my inbox lately, more than ever before.
Maybe there’s a resurgence of interest in her. I’ve never read any of her books,
but it looks like I ought to. Especially when she is full of pithy quotes like this one.

Lighthouses have beguiled people all over the world since the first one – the Pharos of Alexandria, at the mouth of the Nile River. Named after the island on which it sat, it was built in Egypt around 280 BC. It was also the tallest on record, standing 450 feet high. It ultimately toppled in AD 1375, from cumulative damage by over 20 earthquakes in those 1,655 years. 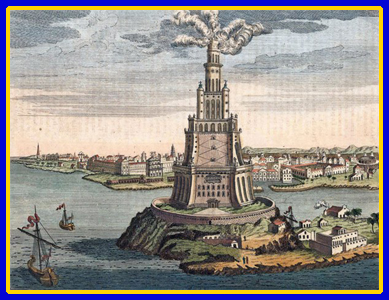 Originally designed to meet trade and maritime needs, lighthouses have become one of our most romantic aesthetic icons. For the most part, electronic technology has diminished their status as working structures. Most are still active ATONs (“aids to navigation,” as the Coast Guard calls them), but all US lighthouses are remotely operated by electricity. All they need these days are the occasional service call. But their cultural value never ceases to fascinate.

I come by my interest naturally. My paternal great-grandfather (Frederick William Morong, below) took up the profession in the 1880s, serving at four eastern Maine lighthouses. At least two of his children followed his lead. Three subsequent generations continued in this line of work, either as keepers or as district machinists maintaining and servicing the works on their monthly rounds. 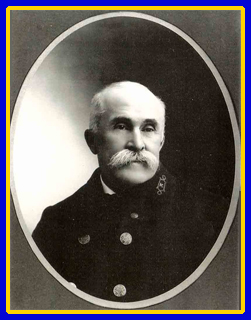 During the week between Christmas and New Year’s Day, I unearthed my stash of Lighthouse Digest magazines. The magazine captures and preserves loads of history about lighthouses, their equipment and operation, keepers and their families, the associated life-saving stations, the status of lighthouses today, preservation, and more – all aspects of this iconic subject.

I began subscribing in 2015 and I don’t plan to stop, but once I’ve read the issue, I never go back to it. I scan and electronically file any article of specific interest. I can’t keep everything …

So, I posted an ad on Craigslist and shortly had a reply – a fellow in nearby South Boston wanted them to send to his brother, who lives in west-central Maine. He and his co-pilot, his little dog Rocky, arrived a couple hours later and fetched them. We had a nice chat on the front porch. Ever since then, lighthouses have lingered in the front of my mind.

Quite a few are no longer in service, but because of the interest they attract, governments have sold them to private individuals and non-profit “friends” groups for maintenance and preservation. A number of them have been converted into vacation rentals and bed-&-breakfasts – “Be a lighthouse keeper for a week!” – which finance their upkeep.

Because lighthouses are working structures, they vary greatly in design, depending on their environment. The best known is the slightly conical, round, white tower with the lantern room on top, with the lens and light source within. That image is far from the only one. Some are cut stone, some are brick, some are steel- or iron-frame, some are reinforced concrete, some are – or were – wood. Some were combinations of these, for instance, an iron-frame clad in brick. 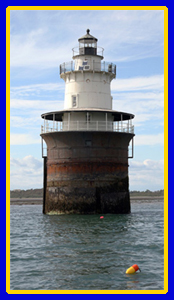 Lubec Channel “sparkplug” Lighthouse
(my great-grandfather served in this one)

A few of the common designs include the caisson or “sparkplug” (above), which is what it resembles, a squat lighthouse sitting on a caisson in the middle of a channel; the screwpile, an erector-set style metal framework fixed into the sea floor on which the lighthouse and its keeper’s house are built; skeletal, modeled like high-tension power-line towers; and wave-swept, built on low or submarine ledges with interlocking stones to withstand the power of waves in heavy seas (more on this in the book comments below).

Some lighthouses are round; others have three, four, six, eight, or ten sides. Some are cylindrical, others conical or pyramidal. Some are painted in a solid color; others are striped or checkered. Stripes are wide or narrow, horizontal or vertical, or spiral around the tower. Some incorporate the keeper’s house and the tower into one unit. 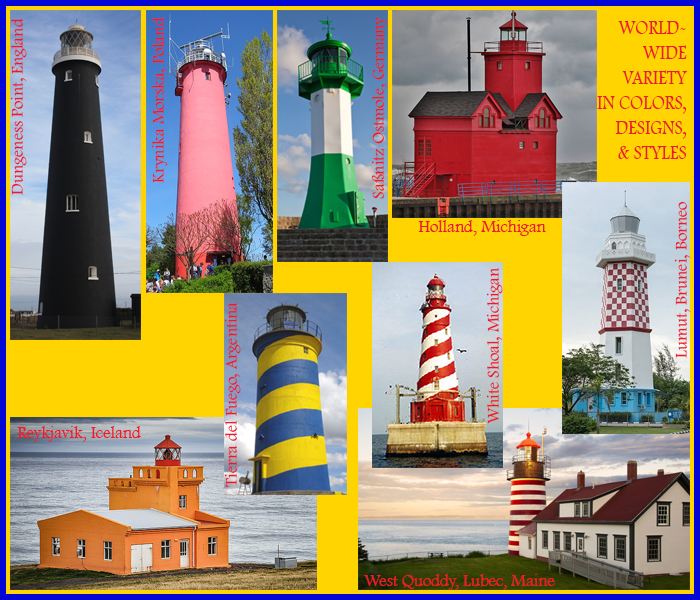 The lenses and lights are distinct for each lighthouse. Some emit a solid beam of light – white, red, or green; others emit flashing patterns – three flashes at one-second intervals, followed by five seconds of darkness. Others have alternating white and colored flashes.

All of these variations tell the mariner exactly which lighthouse he or she is sees from far out at sea – lighthouse colors in the day, colored lights and flash patterns at night.

In addition to coastal and island beacons, lightships mark hazards where a tower cannot be built. These rugged vessels are permanently anchored in hazardous offshore positions, with lights mounted on masts above the deck. 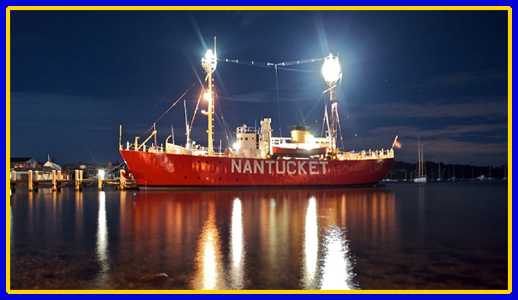 I could go on at great length with intricate details about lighthouses, but this isn’t the place to write that book. Besides, hundreds of books on the subject already exist. 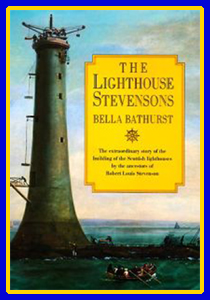 The “Stevensons” referred to here are the family of the famous novelist, Robert Louis Stevenson. His step-great-grandfather, his father, his uncles, and his brothers designed and built ALL the lighthouses in Scotland, starting in the 18th Century and through the 19th Century. (Robert Louis did not get involved in this heavy-duty work because he was of frail health.)

The Stevensons established and set the quality standards for engineering. This field was not yet recognized as a professional occupation; subsequent decades saw it subdivided into today’s many specialized denominations, such as chemical, electrical, structural, and mechanical.

This family figured out how to build lighthouses on submerged ledges several miles out to sea, designed to withstand constant violent storms and tides. Often, the foundation stones were no sooner laid than a storm’s heavy seas would toss them all away like pieces of cork. 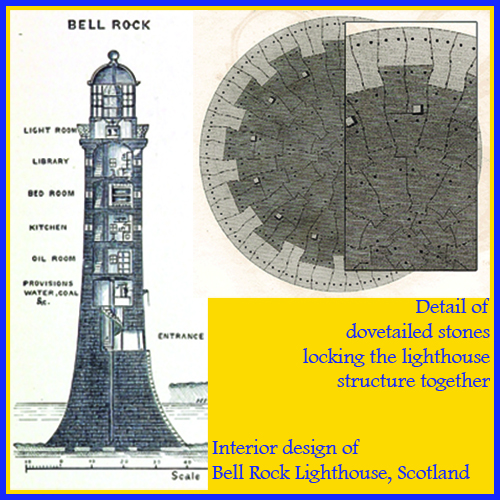 Bell Rock stands 13 miles out in the North Sea, on a ledge exposed only at low tide

The Stevensons’ standards were most exacting; slipshod construction meant disaster, the destruction of years of work, and loss of life. Each stone was dovetailed for a perfect fit into its neighboring stones; the requirement was no more than one-eighth of an inch between stones. Anything more than that gave the seas a place to gain purchase, to rip the structure apart.

As the lighthouse rose, the engineers would measure every gap. If the gap exceeded the minimum, a new stone had to be cut. In one lighthouse, the engineer went out to the site to examine the work and found that nowhere was the gap more than one-sixteenth of an inch. These master stone masons were equally determined to do their finest work.

Each stone was quarried from the land, hauled to the site or to the launching area for offshore sites, and its dovetails cut. Each stone weighed several tons. After cutting, the stones were transported by boat out to the off-shore sites. More often than not, the seas were too rough to land the stones, and the crew had to turn around and wait for a calmer day. As a result, the actual labor time was a very small fraction of the total construction time.

This kind of adventure story is like food and drink to me, for it truly is adventure, full of peril and innovation, problem-solving, and victory over adversity. And it’s all real!

Not much on the 2022 calendar yet, not in the near future anyway. Stay tuned!

lighthouse of Alexandria, on the island of Pharos
https://www.quora.com/Where-is-the-lighthouse-of-Alexandria-located