Home Uncategorized Both Spring and Schools are Zooming

Both Spring and Schools are Zooming

Spring is getting the upper hand. We had some warm days in March and April, prompting the flowers and trees to strut their stuff earlier than usual. But, this being New England, the weather changed – one day it topped 80, the next day it barely crept up to 36 degrees, with miniscule sleet and snowflakes embedded in rain drops. That’s the way it is here. The only thing typical about New England weather is that it’s not typical. 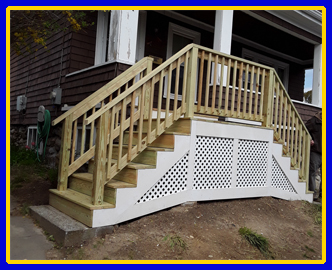 Our friend Mike, a general construction contractor, took advantage of two weeks of fairly good weather recently to tear out our front steps and build new ones from the ground up. He also replaced the decking on the front porch, the old boards of which had been curling up for almost two years. All is solid now, and weather-tight. In a month or so, he’ll come back and stain the wood. Our house will look like someone cares! (We are glad he got it done this early in the season, as the price of lumber and construction materials has doubled in the past month, with no signs of stopping.)

The daffodils were almost ready to go by when work started, so trampling them didn’t matter much. Their bulbs were not disturbed, so they’ll send up flowers next year. I did cut a big bunch of them and brought them inside to enjoy. (Otherwise, I never see them except when going in and out of the house.) 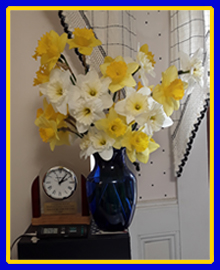 The rambling rose – one of those bare-root varieties – just went back into the ground this afternoon. It had sat for a week, on top of the soil excavated for the concrete footings. Previously it occupied the north corner of the front steps, by mid-summer grabbing us as we came and went. Phillip and I agreed that it needed a new spot to command. I took it around the corner and set it in the side yard. Let it compete with the spider-wort there.

According to some online sites, bare-root roses are original or native stock. Fancy cultivars are grafted onto this stock, but aren’t as hardy as the original, so sometimes the graft dies and the original plant emerges. I looked at pictures of bare-root roses online. None of those was as bare of roots as mine. They all have smaller, threadier roots coming off the main root stock. But mine is just the root stock, blunt like a section of a tree branch and as naked as a carrot. Maybe that means mine is an even older native. 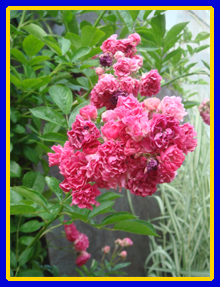 This rose is an aggressive plant. (It wrestled for world domination with the bottle gourd vines I used to plant. In terms of length, the gourds won, coming in at season’s end at thirty or more feet, wound all over the fence.) Equally aggressive pruning in July keeps the rose from taking over everything within reach. I don’t pretend to be a horticulturist and haven’t ever followed any pruning rules for this bruiser. By the same token, it doesn’t pretend to be a shrinking violet. No matter how much I abuse it, it doesn’t care one whit. No sooner do I cut it back than it sets to, to make up the difference in short order. By October, it’s outgrown everything it lost in July.

It has a sibling in the side yard against the north fence. If unmolested over the course of the summer, these can reach twenty feet long, with bases half-again as thick as my thumb and thorns as big as my thumbnail. Not something to mess with. But in late June they bear big, frilly clusters of rich pink roses, so they’re worth keeping – cautiously – as friends.

It has always seemed strange to me that in our
endless discussions about education,
so little stress is laid on the pleasure of becoming
an educated person, the enormous interest it adds
to life. To be able to be caught up into the
world of thought — that is to be educated. 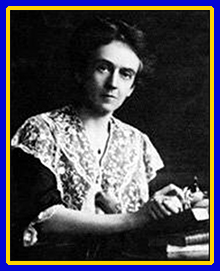 I don’t see that I can add any wisdom to this statement. I agree with it wholeheartedly. In school, I was fortunate to have had excellent teachers, and parents who encouraged lifelong learning. I guess their stock took root in me. There’s nothing I like better than to sink myself deep into a book about history or a scientific invention or discovery. (You’ve probably already figured that out, from some of the books I’ve mentioned in this newsletter.)

One of my favorites in this vein is a book about the Norwegian who figured out, around the turn of the 20th Century, what the northern lights (aurora borealis) are and how they work. He and his team sequestered themselves in an isolated, mountain-top stone cabin above the Arctic Circle, where snowstorms rage for three weeks at a time. (The only transportation was from the nearest town, a two-hour reindeer-sleigh ride away.) Back in civilization, he demonstrated auroras to audiences in theaters, recreating them in a huge glass vacuum tube set up on the stage. It doesn’t get any better than that!

The Era of ZOOM

Students are more than familiar these days with meeting online with Zoom, a result of the coronavirus lockdowns, which required schools to get inventive in order to teach. Most students are heartily sick of the amount of concentrated screen time, four to eight hours a day, in which they have been engaged for a year. (Now we see a most unusual phenomenon as schools open to in-house teaching again – students are eager to go to school! Will wonders never cease!)

Most of us think of Zoom learning and meeting as a novelty, but for over a decade, students who live on remote ocean islands in Maine have been meeting online, the only way they can interact with their peers.

In 1983, Philip Conkling co-founded the Island Institute located in Rockland, Maine (about in the middle of Maine’s 2,500-mile coastline). Part of his job at the Institute was writing pieces for both Working Waterfront, a weekly newspaper, and Island Journal, an annual magazine.  In 2012, he published a collection of his Working Waterfront columns called Along the Archipelago: Essays and Observations from Maine’s Islands and Working Waterfronts. In one of these essays, called “The Real Digital Divide,” he speaks of the problems of school children who live on the fifteen year-round inhabited islands, who don’t have traditional opportunities to meet and interact with other students, either academically or through extramural sports.

A whole school on any given island may number as few as two or three. Your only other school mate may be your sibling. In one case, only one child comprises the entire student body of an island community. This makes for an elementary education as lonely as it gets.

In 2010, the US Department of Agriculture awarded the Island Institute a distance-learning grant, which financed the installation of video equipment in each of Maine’s thirteen remote island schools. Students and teachers were now able to meet with other outer-island schools on a large screen. This installation predates the advent of Zoom’s smooth-operating and user-friendly video-conferencing platform by three years. 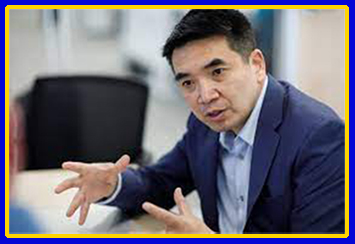 Eric Yuan, an engineer who was working at Cisco Systems, left the technology conglomerate and in 2011 founded Zoom Video Communications. The initial version of the software platform we use today was introduced in 2013. The company did not turn a profit until 2019, and with the onset in 2020 of the coronavirus, Zoom’s use by every facet of every market exploded. Similar programs exist, but Zoom was at the right place at the right time, and it leads the competition by a huge margin. Whatever prototype the island schools started with in 2010, no doubt today they are all using the latest version of Zoom or one of the other platforms, each easily updated online. Video-conferencing has been invaluable to these isolated students and teachers, especially in the five smallest schools.

As a result of the grant and the installation of the system, these schools have united across the waves to develop island-specific curricula. In 2011, the students organized a virtual student council, with the candidates posting campaign signs online. In 2012, the parents followed suit and formed an inter-island PTA (Parent-Teacher Association). 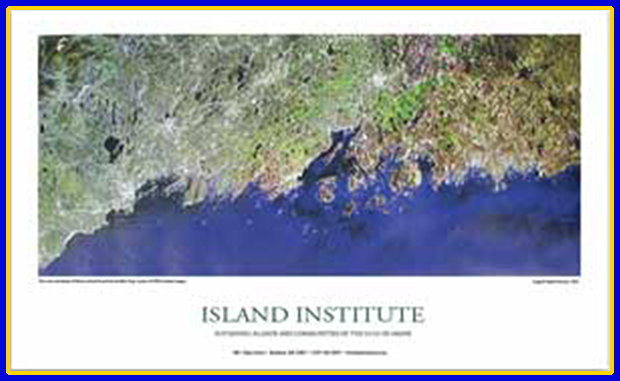 In other essays on island education, Conkling reports on the perception gap between islanders and mainlanders. For example, most mainlanders assume that island children have poor educational opportunities because of their isolation and lack of traditional resources. Yet a higher percentage of island-educated children attend and graduate from college than the state average.

This is in part because island-educated children gain broader life experience earlier than their mainland peers. Islanders of every age in these remote communities share equally in the necessary activities to sustain living in the harsh and limiting environment.  Island children learn business and trades literally at their parents’ elbows.  Islanders, whether or not they are parents, invest themselves corporately in the education of these children, for without them, island communities quite simply will not survive. With this kind of support, those who head for college on the mainland are more likely to return to their home island, bringing back educational experience that benefits the community.

Island communities are a fascinating microcosm, as they rise to the challenges of isolation. Their innovation in survival skills can show the rest of us, including those of us who think we have an advantage, a thing or two. 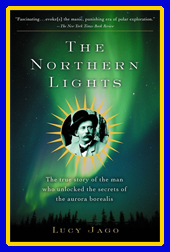 The Northern Lights: The True Story of the Man Who Unlocked the Secrets of the Aurora Borealis (2001)
Lucy Jago
https://lucyjago.com/

Since I have been so enamored of the story of the science behind the aurora borealis, I may as well share information on that book with you.

“Throughout the ages, the lights of the aurora borealis were believed to be messengers of gods, signs of apocalypse, or souls of the dead; even the most sophisticated scientists misapprehended their cause. Now Lucy Jago tells the story of the science–and the romance–behind the Northern Lights as she traces the grand adventure of the life of the visionary Norwegian scientist Kristian Birkeland.” [- partial blurb only – ]

Besides Jago’s great literary talent in this narrative, I remember in particular the behavior of the reindeer that pulled the sleigh from the nearest town. Birkeland and his men were invited to spend Christmas with the mayor, so the mailman came out with his sleigh to pick them up. Birkeland made notes about how difficult it was to get onto the sleigh, because the reindeer did not stand still and were given to bolting off, often in different directions, without warning. Birkeland and his men had to fling themselves at the sleigh and try to grab onto it before it lurched away. Although reindeer have been used for millennia by northern peoples like the Lapps, apparently they aren’t truly domesticated. Tame, yes, but not domesticated.

Reading this made me laugh, because it reminded me of the animated film, Arthur Christmas (2011), in which Arthur, Santa Claus’s clumsy second son who always screws up everything, accepts the challenge of delivering before dawn a gift accidentally left behind. He harnesses a reindeer, left behind because it is also uncontrollable, to Santa’s run-down old sleigh. The cartoon behavior of the reindeer matches that of Birkeland’s real-reindeer experience.