In the second issue of this newsletter, I wrote a piece called “Grace,” about an old man, once a master pianist, struggling with a disconnect between his brain and his fingers on the keyboard, and the gentle encouragement of the audience at the coffeehouse willing to endure the scrambled notes in between the lyrical chords.

I’ve only just come across this book, The Art of Grace by Sarah L. Kaufman, but it looks like something I ought to read. The back-of-the-book blurb intrigues me:

In this joyful exploration of grace’s many forms, Pulitzer Prize–winning
critic Sarah L. Kaufman celebrates a too-often-forgotten philosophy
of living that promotes human connection and fulfillment. Drawing on
the arts, sports, the humanities, and everyday life―as well as the latest
findings in neuroscience and health research―Kaufman illuminates how
our bodies and our brains are designed for grace. She promotes a
holistic appreciation and practice of grace, as the joining of body, mind,
and spirit, and as a way to nurture ourselves and others. 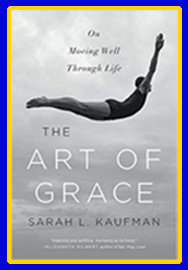 Just today I heard on the radio a heartening definition of grace, something to the effect of “giving another the time and space to heal.”

Grace comes in many ways, and often from unexpected places or persons. Today’s little piece shows two more instances of grace. Although Tennessee Williams’ quote below refers to grace shining through appalling experiences, neither of these examples stems from trauma. But the smallest instances of grace gleam like fireflies, yielding sudden little bursts of joy.

A high station in life is earned by the gallantry
with which appalling experiences are survived with grace. 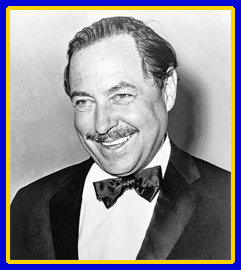 Tennessee Williams
born Thomas Lanier Williams III
(March 26, 1911 – February 25, 1983)
Playwright:  The Glass Menagerie, A Streetcar Named Desire
Cat on a Hot Tin Roof, The Night of the Iguana, and many others.
Author of short stories, poetry, essays, and a volume of memoirs.

After my family moved to Madbury, NH, in 1964, my mother became acquainted with local movers and shakers – paid, appointed, and volunteer – in all manner of civil organizations. Her news-reporting job covering the neighboring town of Durham brought her into contact with diverse individuals and entities, including the police department and its log. In the Durham District Court located on the second floor of the police station building, she sat in on the cases that came up before Justice Joseph P. Nadeau.

I remember Mother chortling over one case in particular when she got home from court one Friday afternoon. A young man who participated in a fraternity hazing prank (clearly forced into same) at the University of New Hampshire was brought before the judge to answer for his actions a few nights before. The UNH president reported to the police a prowler on the grounds of his house. The police responded and arrested this college freshman. He proved harmless, dressed as he was in nothing more than “shoes, glasses, a hat, and some feathers.” (The police report did not specify the location of the feathers.)

Judge Nadeau had to tuck his chin into his collar and clear his throat noisily to smother his mirth. It wouldn’t do to encourage the miscreant if he discovered that the judge found his stunt funny. In a show of grace that took into account the fellow’s general state of destitution (a common condition among college students), Judge Nadeau kept the fine small and forbade the fellow from entering the president’s yard again, with or without feathers. 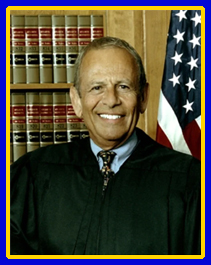 Judge Nadeau eventually sat on the NH Supreme Court, retiring in 2005 from 37 years on the bench.

Another character who cruised onto Mother’s radar early on was a local state legislator, Alexander, whose last name I don’t remember, a portly man in his fifties. We youngsters dreaded the appearance of Alexander at our door. He was full of pompous dignity. Being children, we had no interest in listening to his endless political indignation over the latest issues boiling through the State House.

It didn’t help that he invariably showed up an hour or two before supper time. This wasn’t mannerly. But despite his hopeful look and impeccable timing, Mother never let him interfere with putting together our evening meal – she easily prepared meat, potatoes, vegetables, and dessert for seven while he expounded at the kitchen table – nor did she ever invite him to join us. He was a wealthy man who could afford his own supper. The straining buttons of his garments proved he consistently had more than enough of his own supper; spots and spills on his shirt, vest, and jacket betrayed the fact.

He came ostensibly to bounce legislative ideas off Mother, at first with much pomp that didn’t brook critical commentary. But as Mother spoke her mind with an unequivocal authority founded on detailed observation, Alexander shifted from surprise over receiving debate (from a woman no less!) to respect for her informed perspective.

Their relationship developed into a grudging friendship. It grew to the degree that when my parents received an invitation to Alexander’s wedding, they accepted and went, partly to satisfy their curiosity. What kind of woman would accept a proposal from the likes of Alexander? He was not physically attractive and his social refinement was minimal at best. Money was not her motivation, for in the few weeks between his proposal and the nuptial date, Alexander informed Mother that his bride was well-to-do. None of us could imagine his political savvy could be a draw into intimate relations.

Mother went for another reason, that being that she wasn’t sure how many friends he had who would go. Since they had come to share a certain regard for each other, she wanted to support him, in case it was poorly attended.

Alexander footed the bill for the ceremony and reception, sparing no expense. Despite his wealth and reputation, the church was tastefully decorated. Alexander stood at the altar, beaming as those invited arrived and were seated, and there was a respectable turnout. Minister, groom, and guests waited for the bride to walk up the aisle. And waited. And waited. And waited.

More than half an hour later, with no word about his bride’s delay and no answer to phone calls to her home, Alexander faced the gathered.  “Evidently there will be no wedding today,” he announced. “But since the reception has been bought and paid for, we would be foolish to let good food and drink go to waste. Please join me and let us enjoy ourselves.” Indeed, it was good food, and everyone had a wonderful time. 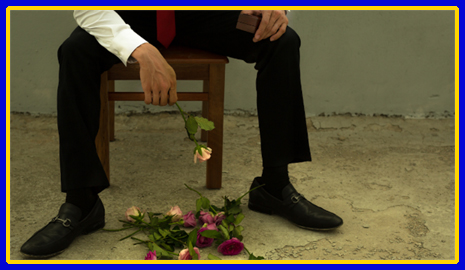 Alexander lacked polished manners, but on that day, having been stood up at the altar, he showed uncommon grace. In our family, his esteem rose notably. And because of Alexander’s behavior, that day was likely remembered far longer by the guests than if the wedding had taken place.

Merriam-Webster.com
grace
origin – Middle English, from Anglo-French and Latin; akin to Sanskrit
noun use dating from 12th Century; verb use from 1585
1. n. unmerited divine assistance given to humans
2. n. a virtue coming from God
3. n. mercy, pardon (archaic)
4. n. a special favor; privilege
5. n.  an act of kindness, courtesy, or clemency
6. n. ease and suppleness of movement or bearing
7. n. a sense of propriety or right
8. v. to confer dignity or honor upon
9. v. to adorn or embellish

This past week I celebrated my birthday on the 4th of January. What’s so trivial about that? The fact that January 4 is also National Trivia Day. If that ain’t trivia, nuthin’ is.

Remember how I like to make connections between things that seem unrelated? Well, I made another connection recently. My last newsletter talked about the Inuit with whom Gontran de Poncins, a Frenchman of minor nobility with a penchant for anthropology, lived for fifteen months above the Arctic Circle in 1938-1939. He noted in his book Kabloona that the only vegetation he observed the Inuit consume were tea leaves. They prepared hot tea every morning, and after drinking the tea, they ate the leaves. Despite the lack of roughage in their diet, they were all as healthy as a horse.

On the other side of the Earth (but not so close to Antarctica) were the gauchos of the 1830s whom Charles Darwin befriended while he explored South America, part of his voyage on the Beagle, during which he studied the finches of the Galapagos Islands, ultimately leading to his theory of evolution. Darwin traveled for several weeks with the gauchos, studying the flora and fauna of the pampas (grassy, treeless plains) of Argentina. The gauchos managed herds of cattle similar to the ways of our Western cowboys, except for living out on the plains with their herds and horses. Their primary diet was the huge guinea pig-like capybara. A hundred years before Poncins, Darwin noticed that the gauchos never consumed one shred of vegetation, and these too were all robust, vibrant men. 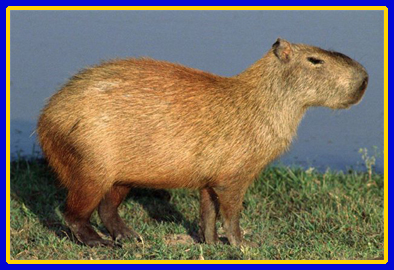 (The capybara, related to the rabbit, is a large, stocky mammal, the world’s largest rodent. An adult can reach a height of 25 inches, a length of 4 feet, and a weight of 75 -150 pounds.)

It’s interesting to think about the relatively recent physiological adjustments the human body made in these two cases to thrive on limited local diets – the Inuit over the course of some thousands of years, but the gauchos over the course of little more than one hundred years.

Image:  stood up at the altar
https://www.someecards.com/news/news/18-men-left-at-the-altar-reveal-what-happened/