Life has thrown an extra obstacle at me lately, so I’m behind with this newsletter. It’s a family matter, the kind that becomes well-known to most folks at one time or another. Our immediate clan is blessed to be of like mind about what to do, so I ain’t complainin’.

This event has not so much denied me the time to create a newsletter. It’s more of a preoccupation, distracting my brain cells with subtle sizzling while I ponder its implications. They call it “processing” today; I can’t remember now what we used to call it – maybe “getting my act together.” (I don’t much care for the term “processing.” It sounds automated, not organic. Working one’s way through internal, personal, or emotional issues shouldn’t be relegated to mechanics.)

One way I deal with it is by immersing myself in the familiar, even inane.  I re-read a book for the umpteenth time (not having done so in a very long time), such a favorite that the story was etched on my brain long ago. I sort and fold laundry that has hung around since the last time I did laundry, beyond living memory. I cut back the overgrown forsythia (ignored all summer while its fronds groped passersby on the sidewalk) until I find myself going to town on the neighbor’s side of the shrubbery. I make vats of savory stews – it’s impossible to make a “small” soup – more than the refrigerator, the freezer, and our bellies combined can hold. (This week, it was totally decadent, creamy mushroom soup.) I finish re-knitting the sleeve of a cardigan whose elbow had a monstrous hole in it two years ago, but which has been neglected for a year and a half.

Today I fixed a lamp. When I pushed the toggle this morning upon arriving at “work” (these days, an eight-foot commute from the upstairs hallway), not only did the wall lamp flutter, spark, pop, and go out, but the ceiling light flickered, the air conditioner audibly hesitated, and the surge protector (in which are plugged the lamp, the work laptop, the home computer, and two monitors) tripped off.

The socket was fried. It was easy to disassemble, unscrew the wires from the terminals, and pull the cord from the whole tired, crumbling, sooty mess. I fed the wires into the new socket and screwed them down onto the terminals. In short order, it was reassembled. Satisfying.

Other matters in which I’ve indulged lately, ordinarily mind-numbing, include converting a multitude of old files in the home computer from Corel WordPerfect, which we used early on, to Microsoft Word. I can once again read stuff that’s been sitting in there, forgotten, for 25-plus years. Letters to family and friends, essays and stories for newsletters of various interest groups I once belonged to, journal entries – all kinds of treasure (er, trash?).

Even my work (that is, paid by my employer) has provided me with witless duties. We use a precise, exacting program to import contractors’ drawings into our drawing management software. It prepares them up to a certain point – about 95 percent “there.” Then the file name has to be adjusted to separate the sheet number from the drawing number. It’s tedious, and I have over 500 drawings to fix. But it’s the sort of work I need right now.

Overcoming my obstacle is a matter of accepting it and figuring out how to incorporate it into my life with the least disruption. It’s like eating something I don’t care for but I know is nourishing. In all honesty, however, I truly can’t say that it’s distasteful. 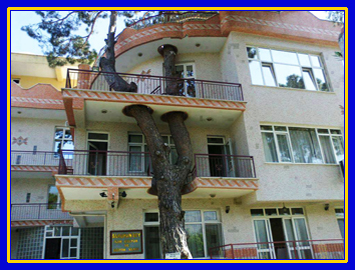 The tree came first – the architect incorporated it into his design.

Think of the times you have said: “I can’t write,” “I can’t paint,”
“I can’t run,” “I can’t shout,” “I can’t dance,” “I can’t sing.”
Since this was not literally true, you were really saying:
“I can’t meet some outside standard. I’m not acceptable as I am.”
Gloria Steinem, Revolution from Within 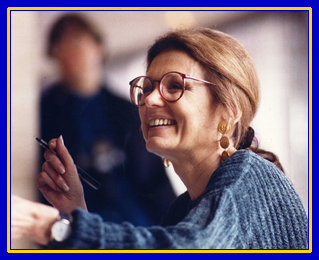 I’ve never been a follower of Gloria Steinem or the feminist movement, but she makes an excellent point here. She directed this statement at girls and women, but it’s true of everyone. She’s rebelling against the negativity that society drowns us in from birth, from people who have never learned or been taught to cultivate and embrace their own inner “can do” spirit. That spirit built this nation, sparked innovation and invention. Without it, we would be static automatons.

Granted, some of us have more creativity than others, but we have no means to determine its source or to quantify it. Are we are born with it? Does educational opportunity or life experience nurture it? Has it been stifled in those who appear to have none? Do good experiences foster it better than bad ones, or vice versa? Which encourages it more, success or failure? How much does personality play a part? Do family dynamics, culture, ethnicity, faith, gender, race, or economics influence it? If so, how much?

A little bit of all of these? Or none?

I sure don’t have the answers. Do answers exist?

Negativity runs rampant in the atmosphere these days of unhappy political, social, and cultural unrest (to put it nicely).  An essay I wrote a few months ago for my writing critique group touched on this, and I nudged at it in one of my early newsletters. There is room for more commentary, specifically with regards to writing, but truly to any kind of creative art.

I’m no Pollyanna – I do not see the world through rose-colored glasses and I don’t see myself riding off into the sunset to live happily ever after. But I have no compulsion to wallow in negativity. What purpose would that serve?  I have better, far more interesting things to do. 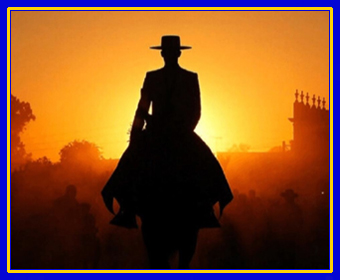 Negativity is borne of many ills – depression, disgruntlement, disappointment, and any number of other “dis-” conditions. A critical one is jealousy.

I’ve maintained for many years that although I cannot change the world, I can improve my little corner of it. If I clean up my little corner, another may be inspired to do the same. If we all cleaned up our own little corners, it wouldn’t be long before our world’s household was clean.

Just because it’s impossible to achieve perfection in a desired goal doesn’t mean we shouldn’t strive for it. Nothing will ever be perfect. I’m not about to judge another for his or her efforts to improve that little corner. We can find happiness – joy, even – in what we have achieved, particularly when we’ve done the best we can.

Most of us are familiar with the “serenity prayer” written by Reinhold Niebuhr, an American theologian, essayist, and political commentator. Although it has more words, this is the most well-known part:

God, give us
grace to accept with serenity that which cannot be changed,
courage to change the things that should be changed, and
the wisdom to distinguish the one from the other. 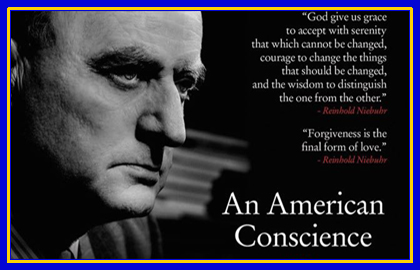 A friend gave me a book many years ago, written by his mother, who was a professional in urban land-use planning. (Sad to say, I cannot give her credit here, for the book is no longer in my hands – I sent it to my college after its library burned – and I don’t remember its title or her name.)

She wrote of a slum in a major American city. The houses needed repairs and paint. The yards needed broken refrigerators and rust-eaten bicycles removed and the hard-packed dirt cultivated for grass seed. The streets needed abandoned cars towed, trash picked up, and sweeping. A down-in-the-mouth place, if there ever was one.

Then one day, a single small geranium in a tiny pot appeared on a shabby doorstep. Neighbors took notice of the foreign object. It was pretty, a shred of beauty in a desolate landscape. Soon another pot of flowers showed up on another doorstep. And another. Then someone found a small can of paint on discount and painted the front door. Someone else picked up the junk in the yard and set it out for the trash collectors.

Within a few months, the neighborhood, though still poor, began to show self-respect. The residents helped each other with needed tasks, mending this and that, sharing their meager resources. Within a few years, the neighborhood had transformed itself into a respectable community – not wealthy, not even middle-class, but with dignity.

Was it perfect? No, the residents couldn’t afford that. But they made positive choices to improve their lot in the only ways they could, with the means they had. They made it into a decent place to live and raise families. They brightened their own little corner of the world.

All because one person put a potted geranium on a door step.

Books Worth Checking Out

Whitelam Books on Main Street in Reading, Mass., posts a newsletter twice a week from a website called “Shelf Awareness.” A week ago, this newsletter featured three books, all of which I have, on the ways in which three masters of contemporary narrative non-fiction work:

One great thing about these books, besides their content, is that they are all easy reading, as if you are sitting in a comfortable chair, having a conversation with each author.

In “Take a Seat at the Writer’s Desk,” Harvey Freedenberg, freelance reviewer, writes:

In Good Prose: The Art of Nonfiction (Random House, $17), Tracy Kidder and his longtime editor, the late Richard Todd, provide an intimate look at the painstaking process of fashioning creative nonfiction. As expected, most valuable is their chapter on being edited and editing. “You have to learn how to be edited,” Kidder writes, while Todd modestly concedes that, for an editor, the “surest way to harm a piece of writing is to impose one’s own style on it.”

John McPhee has spent nearly six decades as a staff writer at the New Yorker, and during that time his writing has encompassed subjects as diverse as the college basketball career of Bill Bradley, oranges and geology. Part memoir, part instruction manual, Draft No. 4: On the Writing Process (Farrar, Straus and Giroux, $16) generously, and often humorously, invites readers into McPhee’s creative methods, with an especially useful discussion of narrative structure, something he cautions is “meant to be about as visible as someone’s bones.”

The intensely focused career of Robert A. Caro couldn’t be more of a contrast with the breadth of McPhee’s. Working: Researching, Interviewing, Writing (Knopf, $25) collects a series of pieces that focus on Caro’s deep engagement with the lives of two men–New York City planner Robert Moses and Lyndon B. Johnson–that began in 1966 and continues to this day, as he works on the fifth volume of his epic Johnson biography. Early in Caro’s career as a journalist, an editor admonished him to “turn every page,” and the book’s insights into mining documents, as well as the art of interviewing, are especially instructive.

Do you have comments or questions about this post? Let’s talk!

Image:  tree was there first
https://www.demilked.com/green-architecture-houses-built-around-trees/

“Take a Seat at the Writer’s Desk” by Harvey Freedenberg
https://www.shelf-awareness.com/readers-issue.html?issue=964#m16867